Every person builds a house of faith. We do so knowingly or unknowingly. And every builder soon learns that a good building with bad foundations is worse than useless; it is dangerous. As one Christian writer has observed, “If the stability of buildings depends largely on their foundations, so does the stability of human lives. The search for personal security is a primal instinct, but many fail to find it today. Old familiar landmarks [will be] obliterated. Moral absolutes which were once thought to be eternal are being abandoned” (Stott 22). Thus our house of faith can be no more secure than the foundation upon which it is built. Foolish men build upon the shifting sands of ethics and the marshlands of human philosophies and doctrines. The wise build upon the rock of revelation, heeding carefully the living oracles, lest they be “brought under condemnation … and stumble and fall when the storms descend, and the winds blow, and the rains descend, and beat upon their house” (D&C 90:5). All that we do as members of The Church of Jesus Christ of Latter-day Saints must be built upon a foundation of faith and testimony and conversion….

A very old story among the Jews holds that during the early stages of construction of the second temple, the builders, by mistake, discarded the cornerstone. Centuries later, in the midst of a long day of debate, Jesus, seemingly drawing upon this story, spoke of the irony associated with ignoring or dismissing him and his message. “Did ye never read in the scriptures,” he asked, “The stone which the builders rejected, the same is become the head of the comer: this is the Lord’s doing, and it is marvellous in our eyes?” (Matt. 21:42) (Robert L. Millet, Book of Mormon Symposium Series, Helaman 3 – 3 Nephi 8, edited by P. R. Cheesman, M. S. Nyman, and C. D. Tate, Jr., 1988, 26–28). 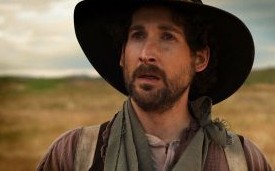 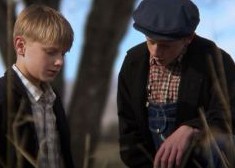 Lessons I learned As A Boy