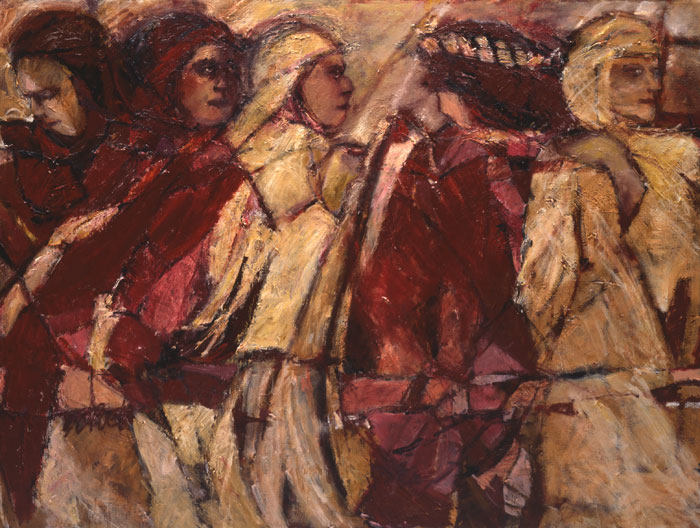 Matthew’s account is that of the royal lineage, establishing the order of sequence among the legal successors to the throne of David, while the account given by Luke is a personal pedigree, demonstrating descent from David without adherence to the line of legal succession to the throne through primogeniture or nearness of kin.

Luke’s record is regarded by many, however, as the pedigree of Mary, while Matthew’s is accepted as that of Joseph. The all important fact to be remembered is that the Child promised by Gabriel to Mary, the virginal bride of Joseph, would be born in the royal line.…

In all the persecutions waged by His implacable haters, in all the false accusations brought against Him, … no mention is found of even an insinuation that He could not be the Christ through any ineligibility based on lineage. Genealogy was assiduously cared for by the Jews before, during, and after the time of Christ; indeed their national history was largely genealogical record; and any possibility of denying the Christ because of unattested descent would have been used to the fullest extent by insistent Pharisee, learned scribe, haughty rabbi, and aristocratic Sadducee.

At the time of the Savior’s birth, Israel was ruled by alien monarchs. … Had Judah been a free and independent nation, ruled by her rightful sovereign, Joseph the carpenter would have been her crowned king; and his lawful successor to the throne would have been Jesus of Nazareth, the King of the Jews (James E. Talmage, Jesus the Christ, Salt Lake City: Deseret Book, 1915, 81–82).